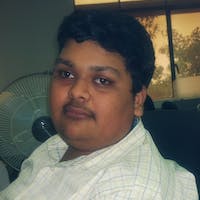 Subscribe to my newsletter and never miss my upcoming articles

As developers, we put a lot of work into our GitHub repos to make them as useful as possible for others, but great projects sometimes go under-appreciated, and under-starred. Asking for stars is tacky, but publicly thanking your supporters by name in your README file is a sign of appreciation that happens to incentivize more users to join the crowd.

One fine day I got an email DEV Digest in which I got attracted by the title 1 Step to Incentivize Stars and Forks on GitHub and decided to read the full article. it was new & interesting to me. Thanks to @ nastyox1 creating such an awesome tool. so I wanted to use it but I wanted it to be a markdown-table output which was not an option with that cloud-hosted service. so I decided to create this as an action that can provide various outputs.

check out the examples output

ℹ️ Currently there are ways to auto-trigger the workflow when a user stars / forks the repository.

ℹ️ Using this action with the workflow trigger fork & watch is the best optmized way.

For more details about the available config options. please check our GitHub repository